UJOH is popular for its mannish and sophisticated mood.
The brand has also participated in overseas collections and is attracting attention from around the world.
Here, we will introduce the history of UJOH.

UJOH is a domestic brand that started in 2009.
It is characterized by creations from a patterner’s point of view.
It incorporates essential tailoring, bold cutting, and other designs that make sense of fabric in an exquisite balance.
The brand currently operates not only in Japan, but also in the United States, London, China, and Hong Kong. 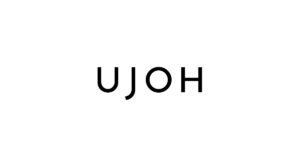 The company was established in 2009 by designer Mr. Nishizaki.
The designer, Mr. Nishizaki, was born in Fukui Prefecture, and after graduating from Tokyo Mode Gakuen, he joined Yohjiyamamoto.
After graduating from Tokyo Mode Gakuen, he joined Yohjiyamamoto, where he worked for seven years as a patterner for Y’s for men and Yohji Yamamoto pour homme.
He participated in the Tokyo Collection in the Spring/Summer 2014 season.
In 2015, she participated in the FASHION HAB MARKET organized by CAMERA DELLA MODA during Milan Ladies Fashion Week.
She received the DHL Designer Award in 2015. In the same year, he was selected as a finalist for “Who is on next? Dubai” organized by “VOGUE ITALY”. 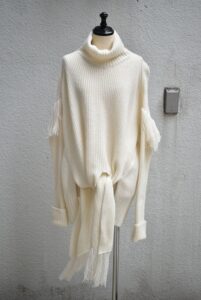 Fringe knitwear is one of the brand’s iconic items.
Source : https://www.goodlifestore.co.jp/ujoh/knitl 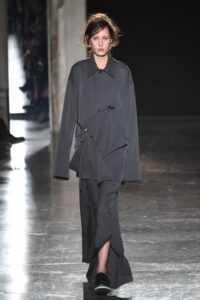 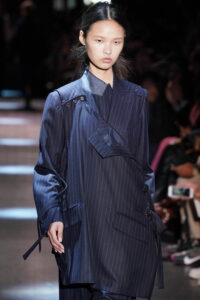 Recommended stores where you can buy UJOH 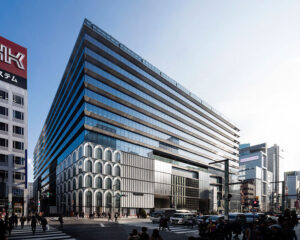 What did you think?
Here we have introduced UJOH.
UJOH is supported by Japanese muse and fashionistas.
Why don’t you take a look at his tailoring techniques up close?